Cloud One Disco Juice
Description
The studio-bound disco unit Cloud One made its debut in 1976 with the spectacular "Atmosphere Strut," a drifting, blissed-out nugget of underground disco that featured a repeated female vocal refrain of "We're gonna fly/Fy away." More importantly, what made the song stand out from everything else released at the time was the wild synthesizer line from producer and arranger Patrick Adams, who-as with dozens of other short-lived disco acts shamelessly chucked into obscurity—helmed the group. The nine-minute single was also the inaugural release on P&P, the first of several small labels run by Adams and partner Peter Brown.

Several Cloud One singles followed throughout the late '70's on P&P-affiliated labels, such as Queen Constance, Golden Flamingo, Heavenly Star, and Sound of New York. The Atmosphere Strut LP, released in 1976, compiled some of the group's 12" material (the LP included a seven-minute edit of the dizzying "Disco Juice," another Adams classic). Funky Disco Tracks of Cloud One, an EP, was issued in 1978. A second LP, called Happy Music appeared in 1979. Another Cloud One gem that's worth mentioning is "Patti Duke," a spacy number full of bizarre Moog manipulations and clusters of hand percussion that, when sped up, would probably sound like one of the hottest go-go tracks ever recorded.

Since the disco underground communicated through the 12-inch format, full-length albums were a rarity. As with the remainder of Cloud One's material, each song was produced and arranged by Patrick Adams, a remarkably prolific cult legend whose name should be just as instantly recognized in dance music circles as Giorgio Moroder and Arthur Baker's. Not only is Adams an incredibly talented figure behind the boards (and a label operator on top), but he also revolutionized synth playing—no one before, during, or since has played the synthesizer like him. Cloud One is one of several testaments to these facts, containing a handful of classic disco cuts that remain in DJ crates decades after being recorded.

This song was sampled by "Mighty Dub Katz" for their song "It's Just Another Groove" in 1996.﻿
More
Video Clips 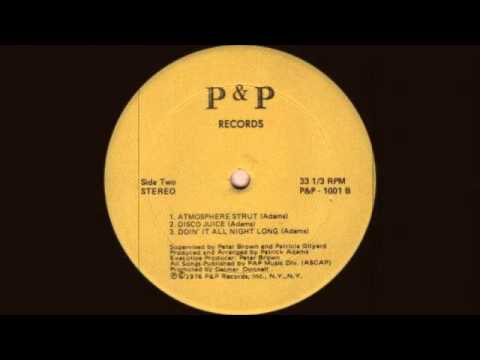 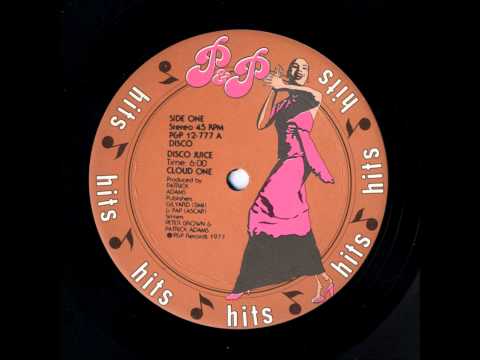