Evelyn Thomas High Energy
Description
My biggest ever hit, made in 1984 for Record Shack Records, which sold seven million worldwide. How they ever went bust after that is a mystery, but I stepped in and rescued the whole catalogue from the liquidator. Twenty three years later it still sounds amazing, and isn't it about time for a remake?
I discovered Evelyn while holding auditions in 1975 in Chicago, arranged by Danny Leake, who I'd met the year before, in England, with his group, 100% Pure Poison. In February 1976, Evelyn's first record, "Weak Spot" and a song by a young Chicago postman, L.J. Johnson, both charted in the same week, and both acts were flown over to appear on Top Of The Pops, both on the same show. The entire music business was flummoxed as to how two completely unknown young black singers from Chicago, who had never even recorded before, both had hits on entirely different labels in the same week as each other. It was a further eight years before Evelyn went on to record her classic, the seven million selling "High Energy", and I wish I could have a few more of those.
More
Video Clips 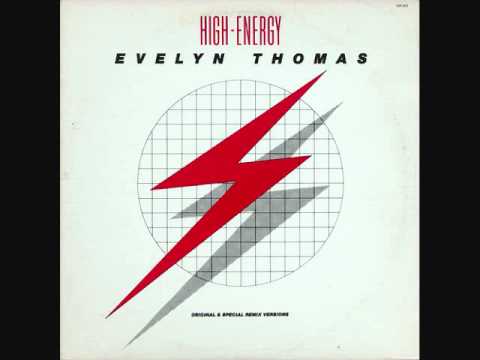