French trumpeter Erik Truffaz, one of the hardest working artists in jazz, seems to be endlessly on tour with his two groups. The only place his stylistically hybridized music has yet to make significant inroads is the US—which is a shame because Truffaz is a fine player from the electric Miles camp and a largely innovative conceptualist as well. Face-à-Face, his first live release, includes one disc with his piano-based quartet and the other with his guitar-centric Ladyland. It demonstrates just how different studio material can be in performance, where the energy and expansive possibilities are greater.
The Ladyland disc also proves it's possible to breathe new life into less-than-stellar material. Mantis (Blue Note, 2002) was a near-perfect blend of fusion-based writing with a distinctive Middle Eastern vibe. Saloua (Blue Note, 2005) unfortunately took the concept too far, emphasizing rapper Nya and Tunisian singer Mounir Troudi's voices over playing by Truffaz and Manu Codjia—a guitarist who compellingly mixes quirky Frisellisms, Holdsworthian legato phrasing and the occasional metal edge. Live, the balance is returned. And that's a good thing, considering the lion's share of this material is taken from Saloua.

Ladyland covers considerable territory. "Ines revolves around a hypnotic pedal tone, Troudi's plaintive singing in direct contrast with Truffaz's soft-timbred approach—also evident on the gentle "La Reve D'Eline, featuring a duet spot for Truffaz and Codjia. "Yabous is more insistent, combining vocals by Troudi and Nya over power chords by Codjia and a visceral dance groove from bassist Michel Benita and drummer Philippe Pipon Garcia. "Magrouni is a pedal-to-the-metal rocker whose muscular theme—doubled by Truffaz and Codjia—provides one of the disc's most memorable moments.

Truffaz's quartet has been around longer, evolving considerably. It's morphed from an all-acoustic mainstream group in 1997 to a more aggressively rock-informed unit in recent years, influenced by—but less dense and angular than—Miles' late-'60s and early-'70s work. These days Patrick Muller is often found feeding his Rhodes through a distortion box, with more powerful rhythms coming from bassist Marcello Giuliani and drummer Marc Erbetta.

Live, the quartet—occasionally augmented by Nya—is the more adventurous of the two groups. The thundering "King B extends to nearly twice the studio take's length. Truffaz uncharacteristically reaches for the upper register of his horn while retaining his thick and appealing tone. As raw as Ladyland can be—and as promising a young player as Codjia certainly is—Truffaz's quartet is the more successful of the two, taking more collective risk with the material, even though it's equally form-based. "Bending New Corners, with Giuliani's popping bass and Muller's juxtaposition of abstraction and blues-based lines, is more open-ended than anything Ladyland does.

While the quartet disc wins out over Ladyland's because it takes greater chances, Face-à-Face in its entirety provides a terrific introduction to listeners who are unfamiliar with Truffaz—and confirmation that, as good as his records have been, he's clearly at his best on the concert stage. 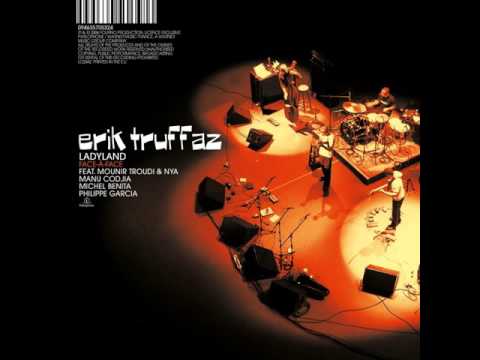 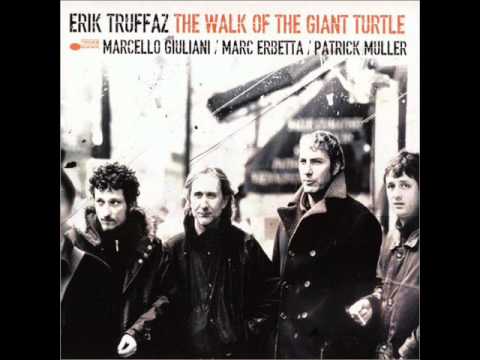